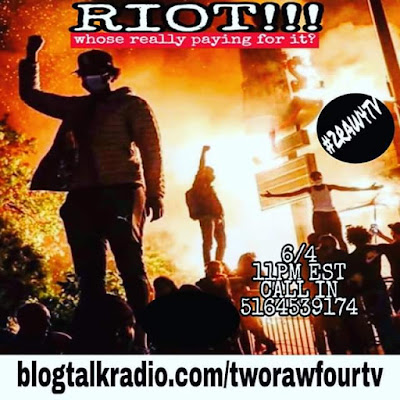 Black people built this country so we are the only ones with a right to burn it down. Martin Luther King jr once said that "Riots are the language of the unheard." No one is heard less then the people who have been killed by pink terrorism under the auspices of "law enforcement" . Today, because of the brutal police killing of #georgefloyd, thousands  across the country are joining together to fight the corrupt hands of pink power #racism. They are masking up, going out after dark, and destroying anything that looks in support of #BlueLivesMatter. IT'S A #RIOT! And its happening in your city. Riots are nothing new and happen when extreme injustice occurs, but wait...there is something not right about this "uprising" of the  people. Police are smashing their own vehicles and setting fires to businesses they swore to protect.  Pallets full of nicely stacked bricks are being delivered for rioters to destroy,  and even though the crowd is yelling #BlackLivesMatter it is clearly the more pale protesters that are doing the bulk of the vandalism and chaos causing. Who are these pink provacautuers? Why are police destroying their own equipment?Next #2RAW4TV we will ask who is really fronting the bill for this theater of fire? Is this a setup for Black people? RIOT: WHOSE REALLY PAYING FOR IT? The answer will shock you! #Joinus this Thursday as we follow the money to the source of this madness!
6/4
11PM EST
Call in 5164539174
blogtalkradio.com/tworawfourtv #therevolutionwillnotbetelevised #georgesoros #staywoke #uprising #Atlanta #NewYork #gooutaftercurfew #Antifa #BlackDivinity #BlackSupremacy #Blackrulingclass #ifyouhearmyvoicethenyourepartoftherevolution
Posted by 2Raw4TV at 2:21 AM